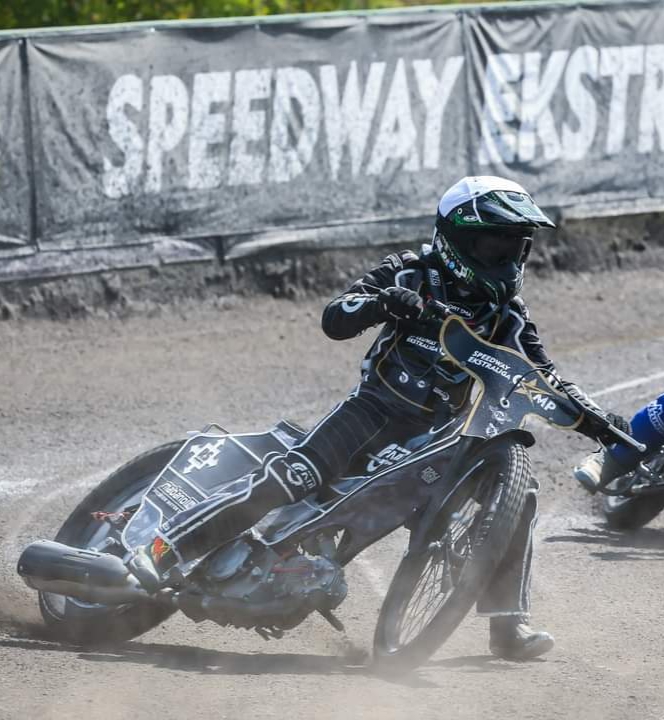 The kick-off to the latest Speedway saison was marked by Mabanol’s first efforts in sponsoring an emerging motorcycle pilot. 12-year-old Tajo-Nicolas Groh, a local talent from Wedel (outskirts of Hamburg), can already boast numerous accolades (amongst others German runner-up in his age group “Junioren A-Klasse”) and representing MC Norden as well as MSC Moorwinkelsdamm.

Recently Tajo was invited to the Speedway Ekstraliga Camp which is held in Torun, Poland, and which is widely considered to be the best league in the world.

This academy brings together young Speedway pilots to showcase their skills. Tajo was one of the youngest participants among a group of drivers from 17 countries that compete in the classes 125 ccm, 250 ccm and 500 ccm. The youngsters can reach a speed of 70-100 km/h.

Tajo is managed and supported by his mother Cordula and his father Jörg who follow him every step of the way. In Poland, Tajo put in a fabulous performance, being watched on by a fascinated crowd with temperatures of around 40 degrees Celsius.

A few things are about to change in the coming season in relation to Tajo’s appearances, we will be keeping you posted.

Mabanol wishes Tajo all the best for his future career, we will be keeping tabs on his development!

Find out more about Tajo by visiting his Facebook fan page