Mabanol distributors and retailers from Germany, Austria and Bosnia came together to witness the 6th race of this year's VLN season, marvelling at the performance of the Mühlner Team and following yet another exciting race.
The Mabanol guests were gearing up for the race by playing the VLN race simulator before getting into the Mabanol GT4 Porsche as co-pilots during the training session.
The evening was capped off in the Porsche Lounge from where the visitors followed the training.
The following day culminated in a victorious performance by team members Moritz Kranz, Thorsten Jungs and Nico Menzel, # 979) , picking up their third win of the season in the Porsche Cayman GT4 Trophy by Manthey Racing, hence gathering valuable points championship campaign.
Sitting in 9th in the overall ranking topped up the victory.
Team principal Bernhard Mühlner (Mühlner Motorsport / Mabanol Premium Motor Oil) made the following comment after the race:
"It was a thrilling race. Grabbing the win in the Cayman GT 4 Trophy was our ambition and we managed to collect valuable points that will help us reach our target of winning this season's campaign. Securing the 9th place in the total ranking is literally beyond our expectations. Moritz is second to none and unbeatable in rainy conditions." 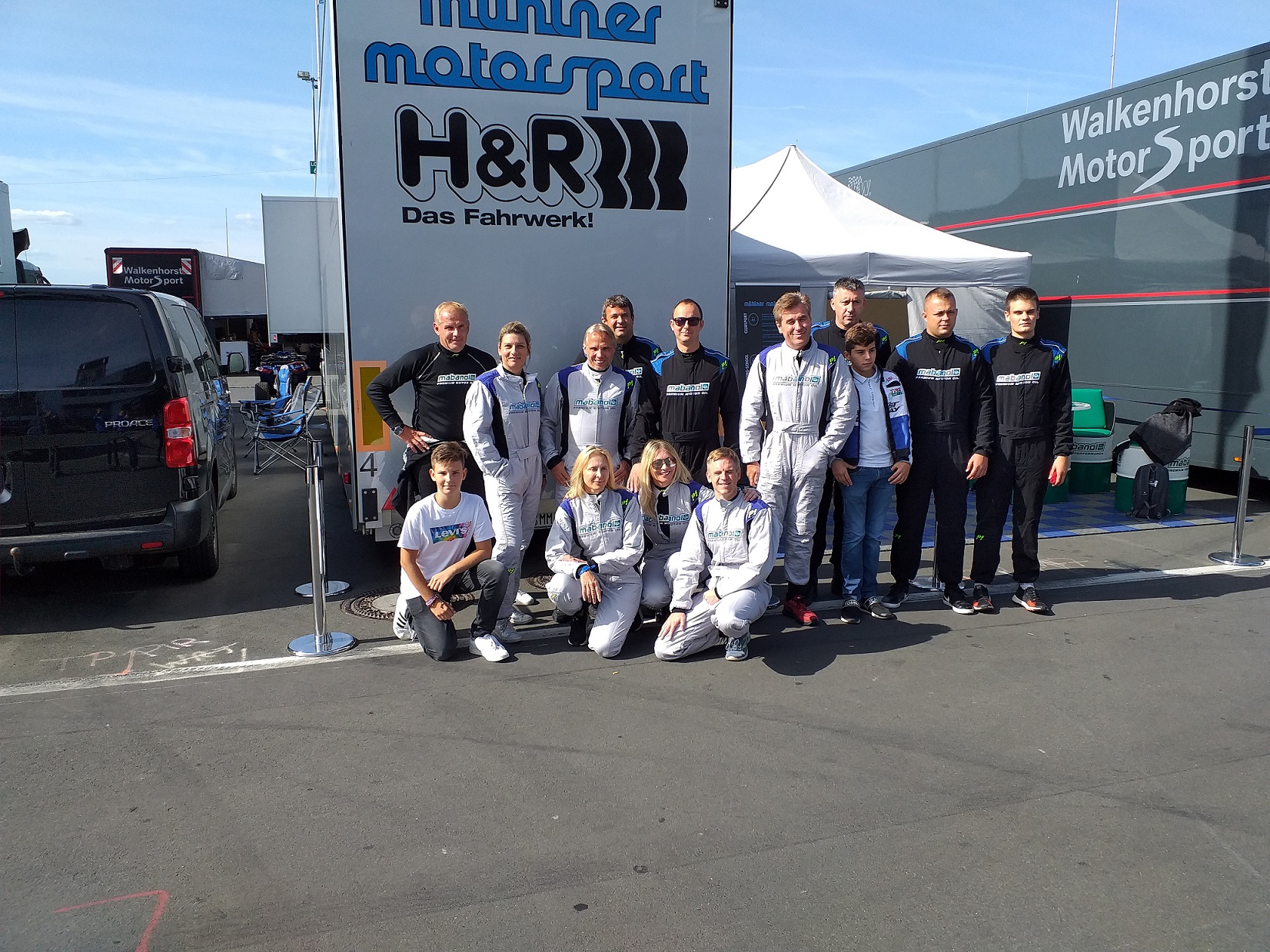