It has been a while since Mabanol last invited international resellers to a distributors' meeting at Nürburgring (in 2016 Mabanol partners Master Oil from Egypt, ETS Paul Fatouch from Lebanon, UAB Autepa from Lithuania, Onza Auto Ltd. from Belarus and Bulcar Oil from Bulgaria all took part). This year on October 5th - 6th we again seized the occasion to visit a race in the VLN series "Cayman GT4 Trophy" where the Mabanol-sponsored Porsche Cayman is the prime contender to win the series in 2018.

Pilot Moritz Kranz teamed up with Peter Terting and Michael Rebhan to drive the Mabanol Porsche Cayman GT4 #969. Qualifying did not go as planned but despite the fact that the team finishing sixth, driver Peter Terting managed to make up plenty of ground and went head-to-head with the leading team until the first pit stop was made. Rebhan took over from Terting before Kranz completed the race with two stints. The second place was cemented which helped the Mühlner Team retain first place in the current standings.

The final race of this VLN season is scheduled for October 20th. 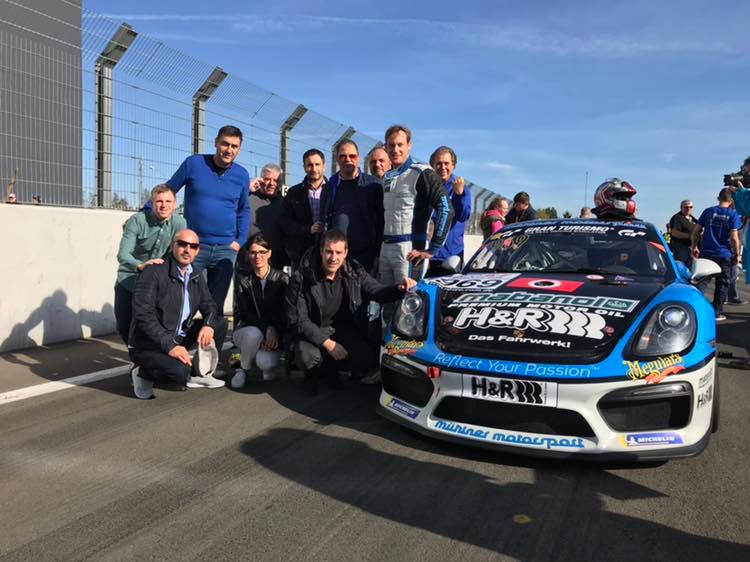